This week I took a quick lap around a few blocks downtown on my break. I went to check in on what I thought were facade improvements to Bayou Place (Or Revention Music Center, or whatever it's called these days). I had seen them a few weeks ago, and noticed they hadn't made much progress lately. I thought that there may be additional entrances being added to the building for some reason. But, in hindsight I should have known the large walls aside Bagby Street would be coveted canvases.

As the lone pedestrian passing under Bayou Place on Bagby Street, I witnessed a man wrestling with a piece of corrugated metal. This was Stephen Korns, a Houston artist. I stopped and chatted with Korns to ask about the installation of "The Houston Oracle in Two Parts". (A PDF document from the Houston Arts Alliance can be found here to summarize the display.) You can hear more about the project in a recent interview with the Houston Arts Alliance, Houston's organization that is responsible for much of the city's civic art.

During our conversation Korns explained that the two panels, on the east and west sides of Bagby Street, were made of salvaged building materials. One panel, the corrugated metal panel, looks industrial, while the other looks residential, and is representative of the early Houston homes that can be seen in Downtown Houston's Sam Houston Park.

The lighting above Bagby Street will also correspond to the moon's phases, much like the lighting along Buffalo Bayou's Sabine Promenade, which was installed by Korns in 2006. Finally, ambient recordings of the voices of people will play, questioning Houstonians about their life in Houston. Questions such as "How many hours do you work", "When was the last time you had your picture taken?", or "Do you socialize with the people you work with?" will play aloud for passersby.

As Houston continues to cast vision for its theater and arts districts, public art will be a focal point. The pedestrian experience of Houstonians in Downtown Houston continues to improve. There's no question about that. But, some of the added art may result in us asking ourselves some questions about our lives in Houston and the legacies we'll leave for future residents.

I'm excited to see the final product. The installation should be finished in the coming weeks. 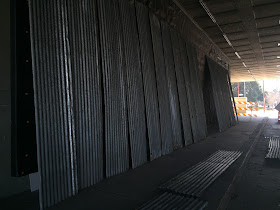 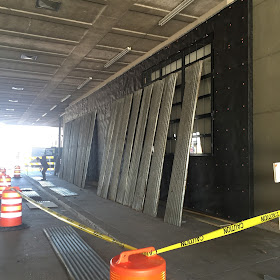 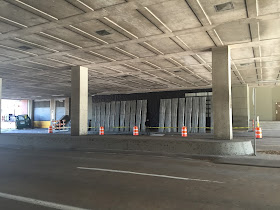 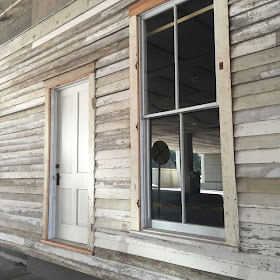 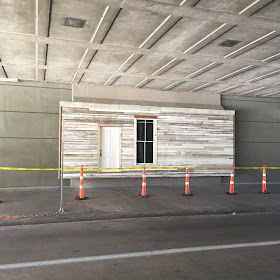